Is Olive a Medicine? 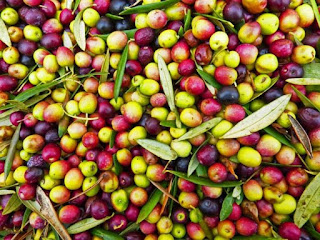 Olive oil, the production of olive fruit extraction, is the pillar of Mediterranean diet and its consumption is well known to provide multiple benefits to our health (e.g. for the cardiovascular system). Olive oil is nowadays highlighted and marketed as a “superfood” for human health not only due to its lipid profile (e.g. high oleic acid and low saturates), but also due to its high content in micronutrients such as squalene and polyphenols. The latter powerful antioxidants are in many cases advertised almost as an “elixir” that promise to relieve us against multiple diseases and health problems. Which of these advertised health claims have a scientific basis and how many of them are promises or just guesses?
Over the last two decades, olive oil has concentrated scientific attention not only in the Mediterranean area, but all around the world due to its beneficial effects in human health. This trend is mainly driven by its content in polyphenols. Hydroxytyrosol, tyrosol, oleuropein, eleocanthal, oleacein and other polyphenols with exotic names may not being well known to general public yet, but they already appear in the product labels in the shelves of supermarkets and pharmacies, promising to provide multiple benefits to consumers.
Polyphenols pass from the olive tree to olive fruit, olive oil and olive processing by-products (olive tree leaves and olive mill wastewater). Recent biochemical, pharmacological and other studies have shown that polyphenols possess strong radical scavenging capacities and can play an important role in protecting against oxidative damages and cellular aging. By far the most investigated olive oil polyphenol is hydroxytyrosol. Studies have been conducted in both cells and animals, whereas its antioxidant effect is nowadays taken for granted. Besides, hydroxytyrosol is currently in early clinical trials as a dietary supplement for patients with multiple sclerosis and as a measure preventing breast cancer in women with a relevant genetic predisposition. Oleuropein, which is mainly contained in the olive tree leaves, has also been investigated a lot. Oleocanthal, a tyrosol derivative whose ant-inflammatory role found similar to that of the drug ibuprofen in 2005, have also shown important bioactivities (e.g. against Alzheimer’s disease, several cancers etc), although most studies have been performed in cells and few of them in animals; thus it has not yet been fully evaluated.
Despite the so far promising results, the main weakness for these investigations is that their outcomes are to a great extent not systematically addressed. Olive oil is an extremely complex mixture of ingredients and thus it is not clear if findings based on experiments conducted with free compounds (e.g. hydroxytytorosol and oleuropein that exist in minute quantities in olive oil) can be extended to actual major constituents and olive oil (a natural product with great variability in composition). The problem of the levels of individual bioactive compounds in olive oil and the possible combined effects of various classes of bioactive compounds have not yet answered. In addition, the vast majority of the available studies have so far been conducted either in vitro or in vivo. Very few of them have been performed to reliable clinical trials in humans. The latter constitute the necessary test to prove the efficacy and safety of a component.
Read full article in my Elsevier SciTech Connect Blog.
Posted by Charis M. Galanakis at 10:15