Cockroach Milk as the Future of Food? Are you Kidding Me? Let’s Recover Wasted Food First! 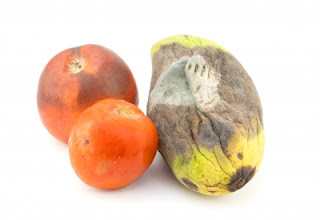 “Rotten Apple ,tomato And Mango” of samuiblue at FreeDigitalPhotos.net


Last week I read an eye-catching and controversial article about the prospect of utilizing milk of cockroaches as a super food in the years to come. Yes, this is neither a joke nor a typo error. I guess these two options may come to your mind first while reading the title (actually vomiting is the first thought, but this feeling came to your stomach not to your mind). However, there are some parts of the world (e.g. in China) that eating cooked cockroaches is actually an eating trend.
According to the above report, an international team of scientists sequenced a protein crystal located in the midgut of cockroaches because it is 4-fold more nutritious compared to cow’s milk and denoted that may be the key to feed our growing population in the future. Although disgusting, from a scientific point, this idea looks somehow reasonable since we have to survive. Besides who knows, this protein may be proved to be the x-factor of cockroaches being the only living organism able to survive nuclear war!
However, people are not cockroaches. People do not care to survive nuclear war they just do not want to make it happen. And yes, this cockroach milk could be an option in the future for survivors, but only if there are no other options. But let’s remove our head out of the soil and look around. Stop watching the tree while there is a forest behind.
Five years ago, FAO published a report considering global food losses and food waste noting that nearly 1/3 of worldwide food production (1.3 billion tn/year) for human consumption is lost or wasted. The amounts of food loss and waste along the food supply chains respectively, are 54% of total loss and waste as upstream processes (including production and post-harvest) and 46% of total loss and waste as downstream processes (including processing, distribution and consumption) (FAO, 2011).
Read full article at:
http://scitechconnect.elsevier.com/cockroach-milk-recover-wasted-food-first/
Posted by Charis M. Galanakis at 09:13 No comments: